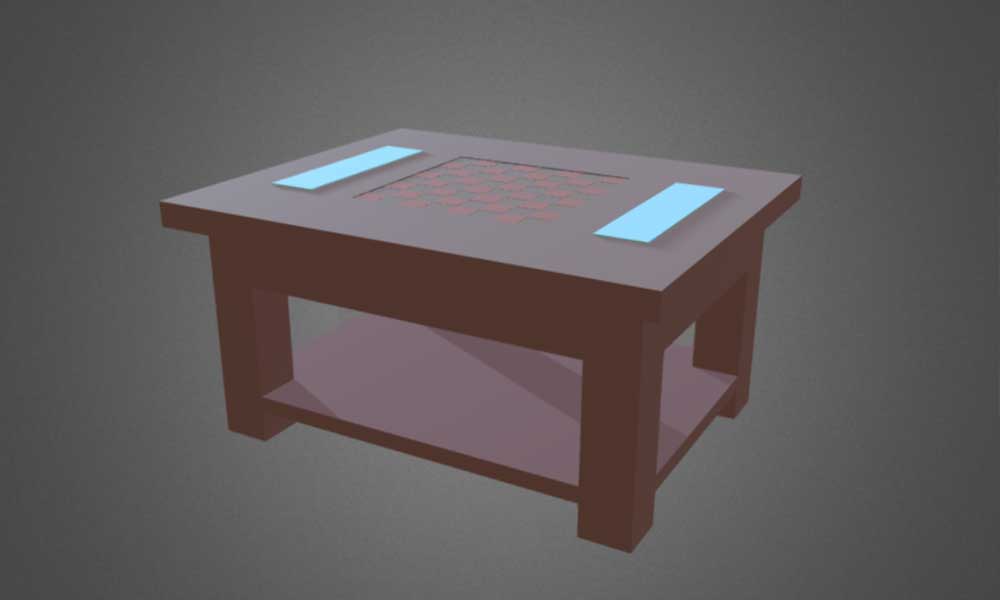 The creation of a need.

When I arrived in Germany for my 6 months ERASMUS program in 2018, I had in mind to begin to feel more comfortable with DIY. I wanted to make a “big” DIY project, involving planing, building, painting… The room I was living in with my girlfriend was lacking a coffee table. We had a big empty space that we wanted to fill. Thus, we decided to construct a coffee table.

This was at the time AlphaGo was getting very famous. AI was being tested on board games such as Go, Chess and shogi. I only knew chess from my childhood, and thought it would be nice to play again, and to try an A.I. to master the game, such as Google-Deepmind had.

We had the 3D printer and had seen beautiful models, freely available on Thingiverse. We just needed a board to play, and the coffee table, thus decided to kill two birds with one stone! 🐦

We first had to create a model the table that we wanted, for two obvious reason :

We wanted to be able to store the chess pieces in the table, in order to avoid losing them.

We decided to use Fusion360 to create a model of the table. Here is the 3D model we made:

Then, we got some rests of wood, and bought the more we needed and started to cut, paint, and mount.
After several hours of work, we had built this:

It was a good foundation